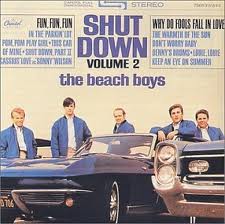 Apologies to overseas readers, but it’s going to be hard for Americans to focus on the usual core issues around here for the next while, as the Tea Party Republicans seem determined to further substantially weaken the United States, by making the continuation of the budget contingent on unacceptably extreme and unconditional demands at the federal level, even though they only control one of the three branches. This comes to a head in the next two weeks but it’s very hard to imagine the current configuration in DC avoiding a massive fustercluck and very hard to see what comes after.

Meanwhile the attack on unions at the state level is absolutely unconscionable. I don’t think I’ve ever had as much sympathy for unions in my life as I do right now. Many professionals and academics are feeling that way right now, but that is not enough.

Do you suppose the deep red staters will wake up to who is really causing their misery? I suppose that is wishful thinking. Failing that it is very difficult to see how we avoid a horrible mess in the very near future.