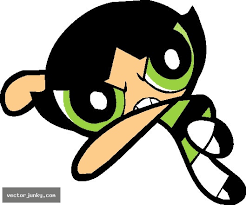 Shewonk has something to add to the analysis as well.

In her excellent kick-butt Travesties, Train Wrecks and Climate Denial Chum she identifies

Climate Denial Chum: It’s pretty self-explanatory, but just to be clear, people like McIntyre, Watts and Curry throw bait out there knowing full well (or at least, they should know full well) that when they do, the sharks will come. Then, they do little in the ensuing frenzy. Hey – it feeds the tip jar and garners traffic

Then she does a compelling not-very-impressed analysis a thorough ass-whooppin’ of Curry’s blog using the example of the recent Trenberth tempest.

Finally she rescues from oblivion Another Michael’s discovery of another pillar of denialism:

The ‘skeptics’ seem to have a visceral need for a face to direct their bile towards.

May have something to do with what appear[s] to be a great deal of identity politics that motiv[ates] them.

And here is the ultimate Catch-22 of the game. The Chum is not about ideas, processes, strategies, risks. It is about Trenberth, Mann, Jones, Schneider, Hansen…

They complain constantly about doors being shut and their participation being dismissed. But anyone whose name they recognize becomes something of a target.

There are identifiable bad actors that cause the science to be distorted.

And a subtheme (Roger Junior’s Corrollary):

Any scientist publicly supporting the idea that there is any policy implication to any science is no longer eligible to do any science.

Update: Don’t miss Sou’s comment #15 at the Shewonk thread on the delicate balancing act of the denier sites. I hadn’t thought of this. It argues against participating.

Denier forums and denier chum forums run a very fine line. They need intelligent people to survive as they are. They can’t rely on the denier rabble alone or they would degenerate (even further) into weirdo conspiracy forums. Denier forums could not be maintained if they stuck to mainstream science because it conflicts with the objectives of the forum owners. Neither can they post only denier rubbish – they need to attract just enough normal knowledgeable people so their target audience has someone or something to bash.