On January 10, 1901, the Spindletop gusher came in. It was not only the first significant oil find in Texas, it was at the time by far the largest oil deposit ever found. Although eastern capital was required for the earliest wells, the underpopulated and impoverished state shrewdly protected its interests with measures favoring local drilling operations and quickly gained a stake in the industry for local interests.

Small landowners, desperate to find funding to maintain stake in their vast reaches of otherwise worthless properties, were not considered creditworthy by established banks, but a new set of financial institutions spring up in Dallas to support this need. By 1920, Texas had established control over a significant part of its oil infrastructure, and Texas has been a major player not only in the nuts and bolts but also in the engineering and management of the energy industry ever since.

The number of people in Texas in the 1900 census was just over 3 million.

The number of people added to Texas between 2000 and 2010 was over 4.2 million. The current population is 25.1 million, almost a twelfth of the whole country. 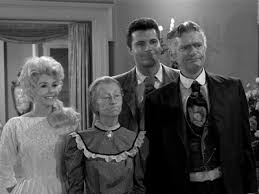 Now, a new technology called “fracking” is releasing new oil supplies across Texas. It’s messy and it may be only a small echo of the prior boom, and only scratches the surface of the voracious demand for liquid fuels in the world today, nothing like that of 1901. But if you are one of the lucky people holding mineral rights to a swath of what everyone always thought of as worthless Texas land, some place, some time, someday when you least expected, somebody may come up to you and say “Smile. Here’s a check for $80,000. See you again next month!”

Texas also controls the offshore drilling in the gulf, though some of the facilities are in Louisiana. That’s interesting, and dramatic in its own way, but it isn’t depositing great swaths of money, Beverly Hillbilly style, on random Texas families.

Having seen a frack pond with my own eyes on land that a dear friend has 1/15th of the rights or such on, I have a hard time wishing that particular operation would stop.

I imagine the coal people feel somewhat the same way. They may have crazed ideas of who we are and what we are about, but once you know and meet the charming (and I mean that sincerely; these folks, for all their flaws, tend to be clever and competent and honest and funny and happy and steadfastly decent in the way they understand decency) middling well-off folk who are holding these astonishingly revived lottery tickets, you can see the temptation to believe the worst about us spoilsports.

Texas, unlike the rest of America, is not in recession. Texas is okay with that. 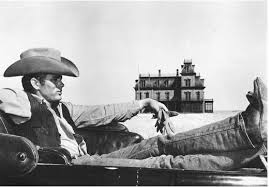 Getting rich on fossil fuels is ultimately a rural windfall. The red/blue rural/urban spiritualist/rationalist individualist/collectivist divide maps onto the fossil fuel problem with tragic precision. Rationalist, collectivist arguments don’t even begin to register on the folks getting those checks every month, or on their neighbors who are happy to sell them stuff. White rural Texas, red by inclination, only gets redder from self-interest.

I don’t think the present oil boom will last Texas another century, but things are looking awful pretty here for the next decade or two. As long as there are dregs of oil in Texas and Texas is the balance of power in Washington, (and Texas doesn’t get actually life-threateningly hot) oil is going to be king. I am not sure people have a clear handle of how much oil and gas the new techniques are adding to reserves. It doesn’t look like enough to keep prices down. Which is mighty good news for the producer, mighty good news indeed.

The same may not be true for the rest of us. So I am left in the awkward position of hoping it runs out soon. We might be able to go after big coal, but big oil stands in the way, and Texas and the other oil states stand with it.

It’s quite a bind.