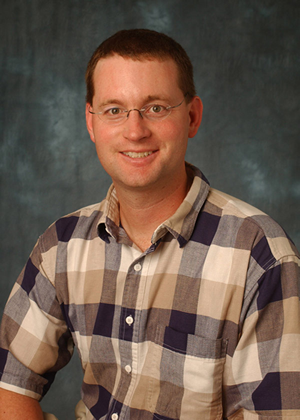 The wrongness of the edifice that RP Jr constructs in “Honest Broker” is something that needs to be examined. He suggests that a scientist can be either advocate (for a particular policy) or reporter (neutral among policies; here he distinguishes three rather similar variations, on of which he calls “honest broker”) and that any intermediate role is (at least implicitly) dishonest.

(I note that Roger concedes in comments here that one can take different roles on different issues. This is important and somewhat helpful to his thesis, but raises many new questions.)

One fundamental flaw here is that there is no distinction possible in Roger’s taxonomy between “scientific advocate” and “pseudoscientific advocate”. There is no role for a scientist responding to untruths or misrepresentations posing as science. The “honest broker” simply reports on alternatives, and makes no choice among them. The “advocate” promotes a particular set of choices and makes no attempt at balance. The political process weighs the various evidence streams and chooses a course of action. This is a lawyer’s model of how ideas contend, not a scientist’s.

Placed up against this is Steve Schneider’s infamous quotation:

On the one hand, as scientists we are ethically bound to the scientific method, in effect promising to tell the truth, the whole truth, and nothing but – which means that we must include all doubts, the caveats, the ifs, ands and buts. On the other hand, we are not just scientists but human beings as well. And like most people we’d like to see the world a better place, which in this context translates into our working to reduce the risk of potentially disastrous climate change. To do that we need to get some broad based support, to capture the public’s imagination. That, of course, means getting loads of media coverage. So we have to offer up scary scenarios, make simplified, dramatic statements, and make little mention of any doubts we might have. This “double ethical bind” we frequently find ourselves in cannot be solved by any formula. Each of us has to decide what the right balance is between being effective and being honest. I hope that means being both.

There are many who try to twist this into a declaration of dishonesty. (… as if dishonest people had some reason for declaring that they are dishonest!) But clearly, it isn’t. It’s a description of the ethical tightrope that every scientist walks at every moment he or she discusses science, especially when there are important direct implications for the public.

Roger’s suggestion amounts to a claim that some of us should be effective and pay scant attention to honesty, while others should be honest and pay scant attention to effectiveness. Nobody is assigned the role of evaluating claims on a normative basis; implicitly this is for the policy sector and not for scientists. In other words, by obtaining domain expertise, we scientists apparently disqualify ourselves from participating in discussions about values. But surely that is exactly backwards.

I think I have settled on at least a partial answer to this quandary: we must distinguish between expertise and expert advice. Expertise is value neutral; expert advice isn’t. But these are types of statement, not roles.

At any given moment, we must try to be clear which sort of statement we are making. But to give people two different hats and suggest that they never change them is simply to shred the communication channel at its most valuable point. If you go to pure advocates for expert advice, you will never be able to trust them. If you go to pure experts for data, you will never have anyone to offer perspective. If you dismiss anyone who does both as dishonest, you have hermetically sealed yourself against the only people capable of offering informed perspective.

If you cannot acknowledge statements from people who have both value-neutral expertise and culturally connected values, then you cannot evaluate the effectiveness of proposed policies in achieving goals. Then you can proceed to develop politically popular policies which are stupidly incompetent, which I suppose is the point of expertise in political science .

You can see this approach in full flower over at Roger’s right now. Read the comments.