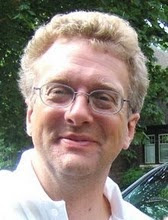 Lifted from comments at Climate Progress. If Joe or Jim object I’ll take this down, but I think it deserves wide publication. Jim Prall:

As for web lists of statement signers: thanks Michael Tobis for saying it better than I ever could. [ed- aw shucks, thanks, not sure it’s true] Every list I compiled was from a statement already posted on the web. All the links are on my page of list sources
http://www.eecg.utoronto.ca/ ~prall/ climate/ list_sources.html

As for Marc Morano’s attempt to Swiftboat this as “Stasi-esque”: what amazing gall! He’s famous for having built a long list of climate skeptics during his term with Sen. Inhofe. Hypocrite! Why wasn’t that list “Stasi-esque?” Just because he agreed with their “side”?

Nothing in our PNAS paper justifies comparisons to the Stasi. We don’t *say* anyone should persecute or blacklist signers of either type of statement, because of course we *don’t believe* that. (Hard to believe I’m even having to say this at all.) What we say is that the media should consider people’s qualifications and standing (oooh!)

The only other way to spin this into something sinister is to argue that someone evil *might use* the lists to persecute people regardless of our intentions. That seems to be the main theme at Roger Pielke Jr’s blog.

That objection of what someone might do with the list really falls down on the point Michael makes so well, that all the source lists I compiled were already on the web. Anyone who could misuse my list could just as well have found the same names on the original sources, or many of the same names plus many more on Morano’s list – and not all on his list by choice.

Morano publicized his list relentlessly, and listed many more names as skeptics than I have. Morano also tended to quotemine, leading to false positives where the person in question would protest their inclusion as unrepresentative of their actual views, yet Morano would refuse to take them off. He’d just point to the mined quote he had, ignoring anything the source might say about being taken out of context or trying to tell him what their actual views are.

If the fear is that someone biased against supporters of one “side” could focus their bias on people on a list, why was it okay for Morano to subject people to that risk with his list? Was Morano’s list “Stasi-esque” as well? If not, why not?

Thanks again to those offering supportive comments on the PNAS paper. Since Morano published my email and compared me to the Stasi, let’s just say I’ve had a stream of unfriendly responses. (Oddly, people keep sending me really weak arguments like “there is no greenhouse effect” or predicting global cooling.)

See also: Denyosphere Jumps the Shark for why this “blacklist” thing is beyond wrong and well into foolish. Has the Denial squad run out of ammunition?

Photo credit: Looks like Marc Morano is not offering anyone else any credit for the pic, so I guess photo: Marc Morano. That can’t be right, can it? Hmmm… Jim Prall (see comments)