The prolific (and arguably indispensable) Joe Romm has a terrifying summary about global warming which appears to me to be pretty much on the mark.

Joe believes that people who understand the situation in this way should stick together. Given the scope of the problem, and the vast difference between the perspectives of those few who understand it and those many who don’t, you’d think we ought to stick together through thick and thin.

Where he goes wrong is that he seems to see this primarily as a political calamity in terms of the administration’s standing both domestically and in the eyes of international participants at the coming Copenhagen conference. That’s all true enough, but I think it’s important for people not to write about this issue without mentioning that failure to start reducing carbon emissions in the very near term is a substantive human and ecological catastrophe. Absent emissions reductions, the globe will continue to warm. That will, year after year, keep altering weather patterns around the world. A world inhabited by six billion people based on patterns of settlement established under existing climactic patterns. Climate change means drought and famine, flood and forest fire, all in new and unprepared places. People will die.

Well, people will die anyway, but let’s not split hairs. This is starting to look like the whole world is a complete idiot and will march over the cliff in some sort of hypnotic trance.

The problem with the problem is that people don’t actually believe it. They think we are, not to put too fine a point on it, making shit up. Why they think that is obvious enough. Some people are trying very hard to confuse matters. And being very effective at it.

The question that immediately follows, the motivating question of “In It” is “so what should we do about it“? And here we have a problem: the confusers have managed to convince the public that people who express deep concern do so for personal gain. In my own case, it has been nothing of the sort, at least insofar as personal gain reduces to wealth.

I very much appreciate and enjoy any encouragement I get form my readers. It has been one of the nicest aspects of the past couple of years. Indeed, I would like to be able to get a tiny amount of personal gain from doing what I do here. While not everybody could do the work I currently do for pay, I’d have to admit I’m replaceable. I could make a much better contribution given the time.

But that leads to an interesting problem of credibility. Lawrence Lessig, at a very impressive talk at SXSW, argued that a big problem with government nowadays is the corrupting power of money which mostly flows through issue advocacy. Once you associate yourself with a position for pay, your opinion, your arguments, even your soundest unassailable proofs, automatically lose value in the discourse.

Unfortunately we have entered a period when the truth itself “has a liberal bias”. Things are really serious.

Does that mean that one has to toe the line for fear of injuring one’s allies? Many people seem to think so.

But I’d like CSS on the table, and nuclear, and also reduced growth and economic decline. All of these options are anathema to the engine of green politics. And as for the cap and trade vs carbon tax thing, I’m just completely dazed and confused. I’d like to take it up as a neutral party. 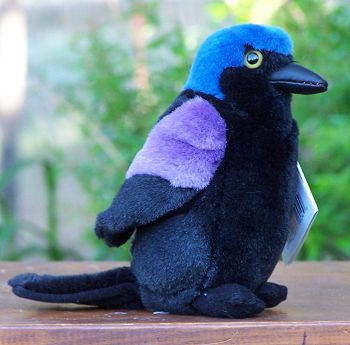 I am no longer interested in debating the “Ravens” of the world on their terms. They are a problem but I find it odd that people persist in engaging them as if they had any intention of examining their beliefs. But we have to find some way to make it visible to the world that they are not actually the real thing.

To do that we need credibility, and to gain credibility we have to avoid lining up behind ideas that make little sense.

For instance? I’m glad you asked.

I am interested in debating the proposition that “green jobs” will “revive the economy” in the short run. It’s considered heresy to question this in some circles, but there’s a simple argument that in traditional economic terms it just can’t be true, else it would have happened already.

Yes, it will cost. The longer we wait the more it will cost. We have to get started regardless of the cost; there is no limit to the cost of never shifting to sutainability. No limit short of the end of life.

Does it really help matters to pretend that there is some conspiracy behind the use of coal instead of wind and solar? How shall we think about these things if nobody is allowed to say anything other than the most cheerful nonsense on their side?

So how to fund a voice that is perceived as intelligent and independent, that engages with politics while representing science? The traditional structures of science and of politics and of journalism all fail us: not just me, who really would like to do that sort work if it existed somehow, but all of us, who need to think our way out of our quandary collectively.

Like Lyndon Johnson, we should recall the words of the prophet Isaiah: “Come, let us reason together.” That doesn’t mean ignoring the seriousness of our predicament, but on the other hand it doesn’t mean marching in lockstep either.

We have to butt heads or we won’t get anywhere.

There’s my paraphrase of Isaiah 1:18.

I am going to try to do better with image credits, but I can’t track down the page the excellent drought photo was on. It is from a government site in New South Wales, Oz.
The grackle is available at