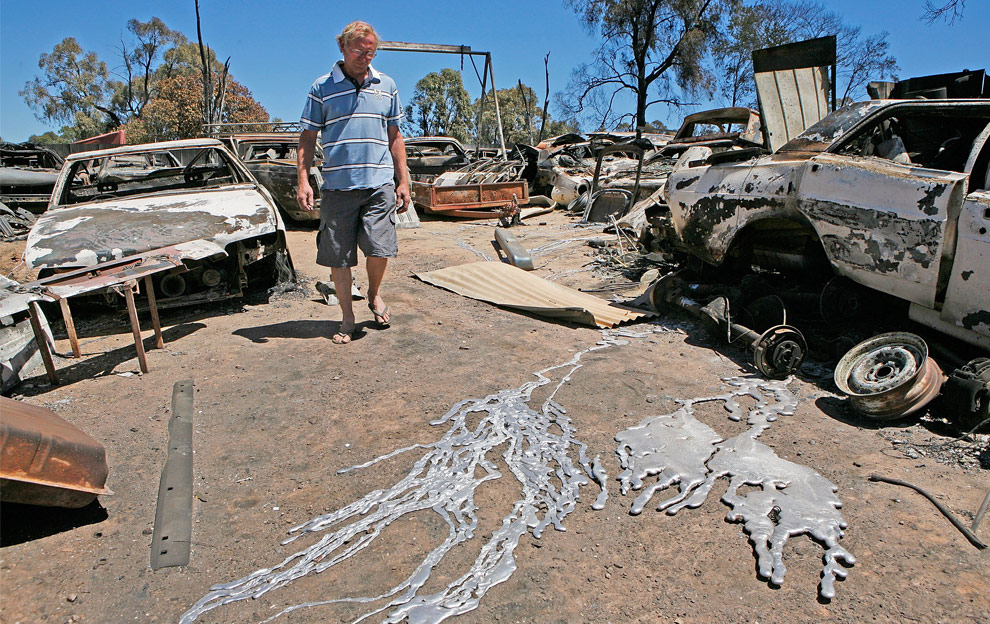 Craig Kidd looks at the melted metal of alloy wheels from his burnt out vehicles after a bushfire swept through his property on February 9, 2009 in Bendigo, 160 km from Melbourne, Australia. (Scott Barbour/Getty Images)

Lifted brazenly from boston.com ; Go look at the rest of the pictures. Maybe they won’t get on my case. Click a few links. Buy something from Boston.

It is clear to me that climate change is now becoming such a strong contributor to these hitherto unimaginable events that the language starts to change from one of “climate change increased the chances of an event” to “without climate change this event could not have occured”.

People in Australia are starting to say that; even people who know what they are talking about. Australians are second in line, after the Arctic people.
Who’s up next?