Many denialist groups, particularly those of religious persuasion, talk about the “arrogance” of believing that human impact is of a scale to affect the atmosphere. I leave the profile of the atmosphere up at the top right of this blog to emphasize that the atmosphere is really a thin film, and that it might well be within our capacities to alter it. This attitude may be more prominent in remote rural areas where the scope of human impact is less obvious on a daily basis.

Perhaps the visual impact of human impact on the land surface may cause people to reconsider their intuitions in this regard. Here for instance is a picture of some protected lands in Tunisia. Sidi Toui National Park is about 7 km wide, and lies surrounded by unprotected lands that have been destroyed by overgrazing. 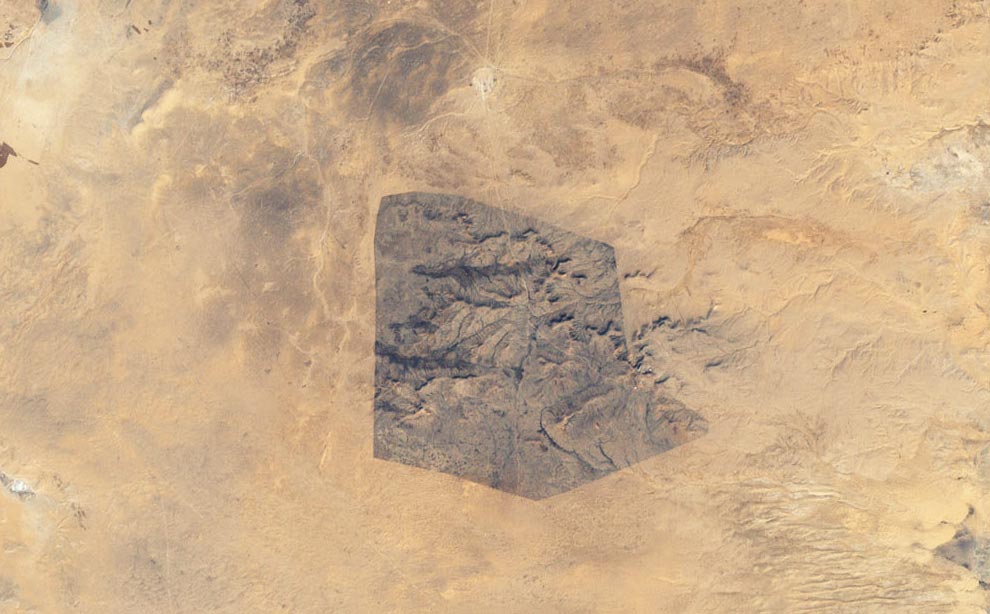 Lifted from an amazing gallery at boston.com .

Then of course, there is Lake Chad, before and after:

And the Aral sea:

I referred to these massive anthropogenic changes briefly before, with a couple of interesting links.

I’m reminded of it in trolling the denialist sludge my RSS feeds pick up. The question is which way is the arrogant one. Is the presumption that we are “as gods”, and capable of changing the surface and near-surface of a planet sacrilegious? (Note: surprisingly, that is the correct spelling, apparently.) Perhaps the refusal to look at plain evidence because of some pre-existing dogma is even more arrogant?

This arrogance is an ancient story, of course. You’d think folks might have learned something by now.